Author’s note: The article is a work of satire.

Pakistan has been having a news deficit. In the past year nothing of essence has happened, or if it has we have no idea because until and unless the media thinks we should know about it we won’t.

The media knows best, I trust them completely for my news; everything they say is of course of the utmost importance.

Thank God, Imran Khan planned to get married, the New Year started with such a kick. Every channel was ablaze with the news of the leader of the youth, the player of hearts, and the bringer of the World Cup and the ex-husband of Reham.

Being the investigative journalist I am, I wondered what made our leader lose his balls and get married to Bushi Bibi. Of course, the person who broke the news is a greater journalist, but I also have 5,000 Facebook followers after all.

So after investigating for a good two hours, talking to his servants by sneaking into his house, I found out he too is a fan of Game of Thrones. Of course, he is, he is our future leader, DUH! 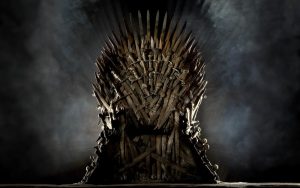 As the Game of Thrones in Pakistan gets tougher. You know ‘muhjay kyun nikala’ and stuff has been happening.

So our very own Immi Khan had to marry BushraManika.Oh, you ask why, and how is it related to GOT?

See Immi will do whatever is in his power to get to the throne, right!? Because allegations of dhandli got him nowhere, but marriage can.

To put things into perspective, Stannis Baratheon in GOT, the heir of the Iron Throne got married to Melisandre, the Red Woman (or the witch or the one who knows hocus pocus) to get to the throne. That inspired Immi man, it did.

Imran Khan has married his spiritual leader aka Bushra Manika, the pure woman. Just like Stannis because behind every successful man is a woman, a woman who knows how to read stuff and call spirituality. 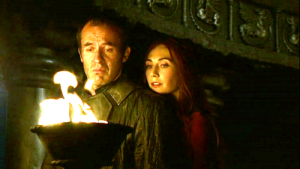 People think that it is for love, and we agree, it is for the love of the parliament and the PM seat.

Not to forget the uncanny resemblances between Melisandre and Bushra, and the personality traits of Imran Khan and Stannis. This match was meant to be, as predicted by the most trustworthy writer of all time, George R. R. Martin. 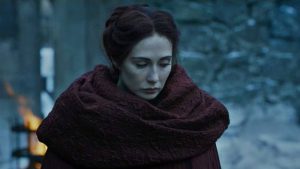 But little does Imran Khan know that every wedding in the series has met a dreadful end. Let’s hope this time Imran gets to keep both the wife and the throne.

The article was originally published in Dunya Blogs

“THIS WAS NOT A WEDDING PARTY, IT WAS A DEATH SENTENCE” -STORY OF A CHILD BRIDE