The Coalition For Women In Journalism condemns Turkish court’s decision to convict journalist Ayla Albayrak for her reporting. 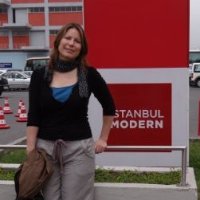 New York, October 11, 2017 — We are outraged at the Turkish court for sentencing journalist Ayla Albayrak to two years and one month in prison. The court said she was guilty of engaging in terrorist propaganda in support of a banned Kurdish separatist organization through her reporting with the Wall Street Journal, where Ayla is a staffer.

This move is seen by the Coalition For Women In Journalism as part of the intimidation and silencing technique that different institutions of the government in Turkey use against journalists across the board.

“This conviction deserves our strongest condemnation. The sentence is absolutely unjustified and even ambiguous in its claims accusing Ayla of biased reporting, while her report also includes the government’s point of view,” founder of the Coalition For Women In Journalism, Kiran Nazish, said. “As a journalist, it is Ayla’s job to look at all accounts, so she did. This is not the first time Turkish authorities has convicted an objective journalist. The imprisonment of women journalists around the world is increasing and we condemn this trend.”

Turkey has imprisoned 81 journalists in the country, many of them women. The Wall Street Journal reported that Ayla intends to appeal the decision. “Given the current climate in Turkey, this appalling decision shouldn’t have come as a surprise to me, but it did,” she said.

“The state of press freedom is again challenged by the Turkish government in the inappropriate conviction of journalist Ayla Albayrak,” Head of Advocacy for the Coalition for Women in Journalism, Elle Toussi said. “Reprimanding a journalist who provides well-rounded reporting is an attack on all journalists who seek the truth and report it. The Coalition strongly calls for the Turkish authorities to overturn this decision immediately.”

“We as women journalists from around the world stand in solidarity with all of our colleagues who have been wrongfully charged and convicted for simply doing their jobs,” said Jill Langlois, an Associate for Advocacy with the Coalition For Women In Journalism. “Ayla’s sentencing is the latest on a long list of attacks on freedom of the press, a global issue that we can’t ignore.”

For more information about the Coalition, please visit WomenInJournalism.org.

Disclaimer: This articles in the ‘Pressers’ category is a Press Releases and can be used in other publications.