In today’s world, internet sensations are the new celebrities.  That’s how tabla player Shobhit Banwait took over our social media and ultimately, our hearts.

An IT graduate from Toronto, Shobhit gave up his day job to focus on music, beginning by remixing English songs with his tabla beats. His most popular videos have been the covers he did for Sia’s Cheap Thrills, Calvin Harris’ This Is What You Came For and most recently, Ed Sheeran’s Shape of You. 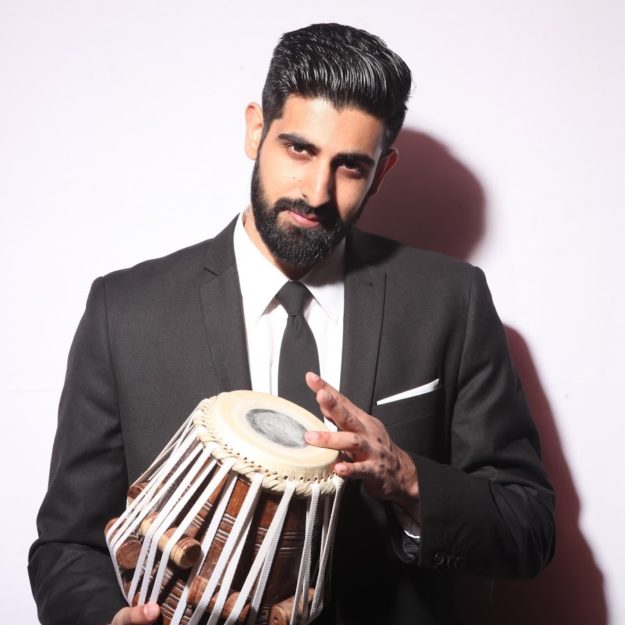 The love for percussion instruments runs in Shobhit’s family and he was exposed to classical music early on in his childhood. “I got into percussion watching my dad play the dholak. I was attracted to percussion and began playing without any training until the age of 13,” he recalled. “Often, when I visited India, I saw so much musical talent there. It defiantly influenced me.”

For Shobhit, music is life. “My hands are always moving even when I don’t have instruments around me,” he claimed. For his videos, the instrumentalist usually chooses from a list of the top 40 songs in the world. “I have to enjoy the songs myself. I should also know that the audience already has an interest in them. Indian beats or taals go well with Western music and I love listening to cultural music anyway, so I cover tracks that sound good to me. Also, anything by Nusrat is my favourite!” 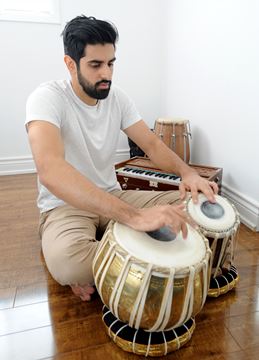 Of course, Shobhit’s popularity came virtually overnight. He had been doing small gigs but it wasn’t until 2013 – when Instagram allowed 15 second videos – that he began getting more attention. “I would post covers here and there on YouTube, of Punjabi songs usually. It was when Instagram introduced videos that I started posting covers of mostly Bollywood and Punjabi songs,” he shared.

But it was the English song covers that made Shobhit a star. He owns no proper equipment and records the videos on an iPhone. “I don’t know what provoked me to do the English covers but I just randomly started and it got good attraction. Next thing you know, one of my covers had gone viral and that’s where the popularity started,” said the tabla player, still amazed at the power of the internet. “I didn’t have any plans of being popular… It just happened. I was at a gig performing with a band after I had uploaded How Deep Is Your Love by Calvin Harris. My phone was dead and when I got home, I discovered all the notifications and was shocked to see how many views I had,” he added. “It is what it is now and I’m riding the wave!” 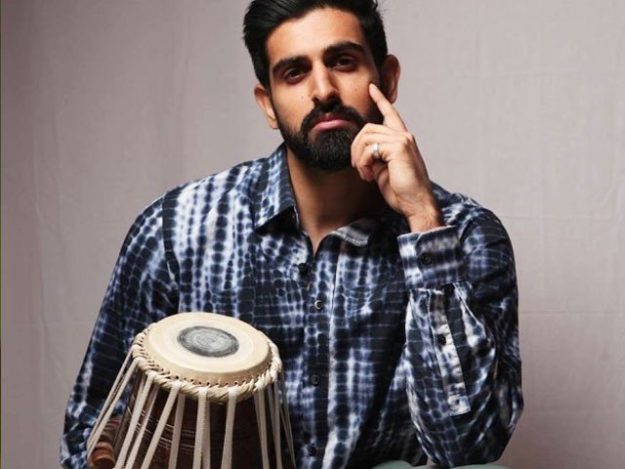 Much like any aspiring musician, Shobhit too wants to make his own music someday. “I would love to produce my own song and work with some great artists,” he wished. For him, music transcends all barriers. He may be of Indian origin but loves Pakistani Coke Studio. “We all know the kind of relations Pakistan and India have. All I would say is that we’re humans and if we see each other as humans, then there would be no problems,” he said. “I love that rivalry in cricket but music is such a universal thing that, it can only unite people. There are so many talented musicians in Pakistan. Coke Studio is off the hook!”

For his Pakistani fan, Shobhit hopes to cover more Nusrat songs in the future, “I would like to thank my Pakistani fans for all the love they show to me. I hope I continue to impress you guys and hopefully, we’ll meet one day,” he promised. “You guys are proof that music has no barriers.”

The article was originally published in The Express Tribune